Free Fire announce new update which releases on April 9, 2020, with many intersting features. The update consists of a new character’s debut named Kapella.

The community is awaited long for Free fire new update. Tomorrow the free fire New update patch will be release. The new ranked mode for Clash Squad will be available, This is most requested option by community all the players worldwide. The upcoming new feature has one exciting update is the forthcoming motorbike which now will be available for two players to ride.

What is new in the latest Free Fire update?

A few month ago launched feature Clash squad has gain popularity among all active players and became permanent game mode in free fire. With new update new and different ranking system mechanism added and make this free fire more competitive and challenging in comparison with the rank mode of Battle Royale. Clash Squad’s classic mode will be available for all players.

In the new free fire update Name Kapella new character introduce, She will be joining the game as the lead singer of a K-pop band. Her ability is soothing voice and positive personality can heal anyone, including herself. If a person uses Kapella, it will increase the effects of healing items and healing skills while her ‘Healing Song’ passive skill will reduce your ally’s speed of HP loss when knocked down. 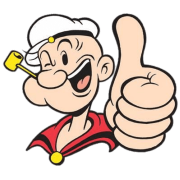 Hello, I Love to play game and Blogging. Techneec.com is publish for games lover help. I have tried to give fresh Information to my readers.

WhatsApp Video Calling VS Skype VS Facetime: Which is Most Affordable

What is IP Certification on Mobile and Types?